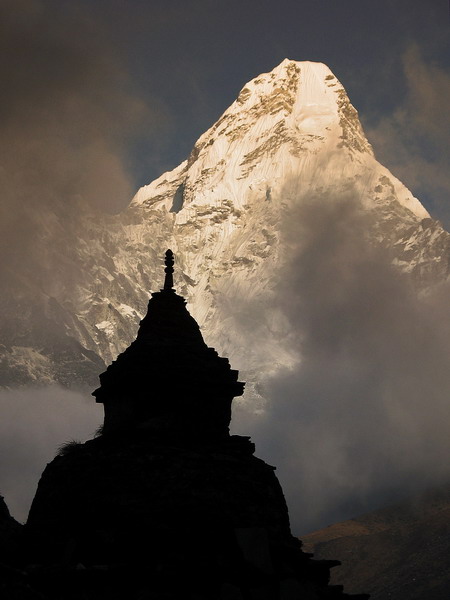 Go to this Event

Ama Dablam is often referred to as the Matterhorn of the Himalayas and stands as a proud sentinel to Everest further up the valley. Its perfectly shaped summit draws the attention all mountaineers and trekkers who walk beneath its base. To the uninitiated it would appear to be impossible to climb but to mountaineers its asking to be climbed. Ama Dablam mea...

Go to this Event